Why does the contactor lack...

The role of capacitors in c... 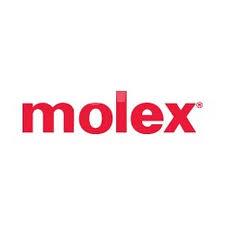 The company began by making flowerpots out of an industrial byproduct plastic called Molex. Later they made connectors for General Electric and other appliance manufacturers out of the same plastic. Molex acquired Woodhead Industries in 2006; the largest acquisition in the former's history.
Molex was instrumental in the development of the first car radio, the first cell phone and the first HDTV.
On February 14, 2005, Molex announced its results for the six months ended December 31, 2004, that reflect certain adjustments to its results of operations for the first fiscal quarter ended September 30, 2004. In March 2005, a class action lawsuit against Molex Inc. and certain of its officers and directors for artificially inflating the market price through materially false and misleading statements was announced. In 2007, a settlement of $10.5 million fund plus interest was reached.
In 2009, Hermann Simon mentioned this company as an example of a "Hidden Champion".
In September 2013, Koch Industries purchased Molex for $7.2 billion. Koch indicated Molex will retain its company name and headquarters in Lisle, Illinois, and be run as a subsidiary.
In November 2016, Molex acquired the Wisconsin-based Phillips-Medisize. As a private equity investment firm, Phillips-Medisize specializes in plastic injection molding and the manufacture of medical instruments. As a provider for medical solutions, Phillips-Medisize incorporates a wide variety of products and services, including drug delivery, mobile and portable medical devices, and primary pharmaceutical packaging and diagnostic products. Employing 5,400 people in 21 locations worldwide, Phillips-Medisize operates as an indirect subsidiary of Molex.