The core senses the real ex...

Use the integrated passive ...

The difference between chip... 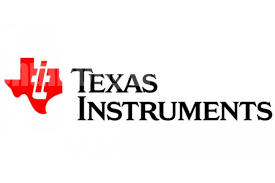 Texas Instruments semiconductor innovations help customers add intelligence to electronic systems – making them safer, smarter, more connected and more efficient. Our commitment to building a better future is ingrained in everything we do – from the responsible manufacturing of our semiconductors, to caring for our employees, to giving back inside our communities.

Texas Instruments Inc. (TI) is an American technology company that designs and manufactures semiconductors and various integrated circuits, which it sells to electronics designers and manufacturers globally. Its headquarters are in Dallas, Texas, United States. TI is one of the top ten semiconductor companies worldwide, based on sales volume. Texas Instruments's focus is on developing analog chips and embedded processors, which accounts for more than 80% of their revenue. TI also produces TI digital light processing (DLP) technology and education technology[6] products including calculators, microcontrollers and multi-core processors. To date, TI has more than 43,000 patents worldwide.
Texas Instruments emerged in 1951 after a reorganization of Geophysical Service Incorporated, a company founded in 1930 that manufactured equipment for use in the seismic industry, as well as defense electronics. TI produced the world's first commercial silicon transistor in 1954, and designed and manufactured the first transistor radio in 1954. Jack Kilby invented the integrated circuit in 1958 while working at TI's Central Research Labs. TI also invented the hand-held calculator in 1967, and introduced the first single-chip microcontroller (MCU) in 1970, which combined all the elements of computing onto one piece of silicon.
In 1987, TI invented the digital light processing device (also known as the DLP chip), which serves as the foundation for the company's award-winning DLP technology and DLP Cinema.[10] In 1990, TI came out with the popular TI-81 calculator which made them a leader in the graphing calculator industry. In 1997, its defense business was sold to Raytheon, which allowed TI to strengthen its focus on digital solutions. After the acquisition of National Semiconductor in 2011, the company had a combined portfolio of nearly 45,000 analog products and customer design tools, making it the world's largest maker of analog technology components.
History
Entrance to Texas Instruments North Campus facility in Dallas, Texas
Texas Instruments was founded by Cecil H. Green, J. Erik Jonsson, Eugene McDermott, and Patrick E. Haggerty in 1951. McDermott was one of the original founders of Geophysical Service Inc. (GSI) in 1930. McDermott, Green, and Jonsson were GSI employees who purchased the company in 1941. In November, 1945, Patrick Haggerty was hired as general manager of the Laboratory and Manufacturing (L&M) division, which focused on electronic equipment. By 1951, the L&M division, with its defense contracts, was growing faster than GSI's Geophysical division. The company was reorganized and initially renamed General Instruments Inc. Because there already existed a firm named General Instrument, the company was renamed Texas Instruments that same year. From 1956 to 1961, Fred Agnich of Dallas, later a Republican member of the Texas House of Representatives, was the Texas Instruments president. Geophysical Service, Inc. became a subsidiary of Texas Instruments. Early in 1988 most of GSI was sold to the Halliburton Company.