What are the symptoms of si...

Principle of temperature an...

Do you know enough about in...

Microsoft confirms that it ... 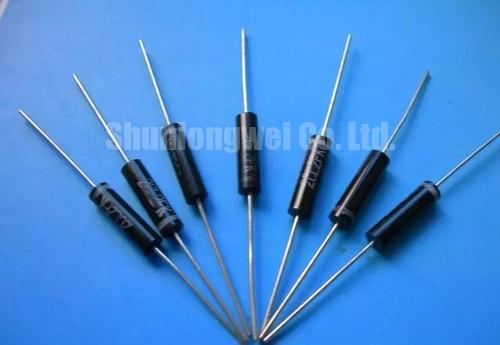 The diode is one of the earliest semiconductor devices, and its application is very wide. Especially in various electronic circuits, diodes and resistors, capacitors, inductors and other components are used to make reasonable connections to form circuits with different functions, which can realize AC rectification, modulation signal detection, amplitude limiting and clamping, and power supply Various functions such as voltage stabilization.
Diode Application
In almost all electronic circuits, semiconductor diodes are used. The use of semiconductor diodes in the circuit can protect the circuit and prolong the life of the circuit. The development of semiconductor diodes has made integrated circuits more optimized and has played an active role in various fields. Diodes play many roles in integrated circuits, maintaining the normal operation of integrated circuits. The following briefly introduces the role of diodes in the following four circuits.

(1) Switch circuit
In digital and integrated circuits, the unidirectional conductivity of the diode is used to realize the on or off of the circuit. This technology has been widely used. The switching diode can protect the circuit well, prevent the circuit from being burnt out due to short circuit and other problems, and can also realize the function of traditional switch. Another characteristic of switching diodes is the fast switching speed. This is unmatched by traditional switches.

(2) Limiting circuit
In electronic circuits, limiter circuits are commonly used to process various signals. It is used to selectively transmit part of the signal within a preset level range. Most diodes can be used as a limiter, but sometimes a dedicated limiter diode is needed, such as when protecting an instrument.
(3) Voltage stabilizing circuit
Zener diodes are usually used in voltage stabilizing circuits. It is a surface junction silicon semiconductor diode manufactured by a special process. The impurity concentration of this special diode is relatively high, and the charge density in the space charge region is large, which is easy to form strong electric field. When the reverse voltage across the Zener diode reaches a certain value, the reverse current increases sharply, causing reverse breakdown.
(4) Variable capacitance circuit
In varactor circuits, varactor diodes are commonly used to realize automatic frequency control, tuning, frequency modulation, and sweep oscillation of the circuit.