Huawei, which has the least... 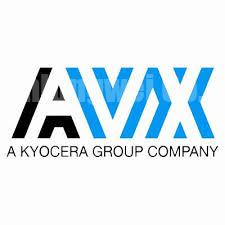 AVX Corporation, is an American manufacturer of electronic components headquartered in Fountain Inn, South Carolina. It is the largest industrial employer in Horry County, South Carolina, with almost 1000 workers in Myrtle Beach and Conway. AVX has 9,900 employees and operates in the United States, Europe and Asia. AVX is a subsidiary of Kyocera Electronics Corporation.

2012 sales were $1.545 billion. Capital expenditure for the year 2010 was at a five-year low of $28.888 million 34.6% lower than the year before and sixty percent less than in 2008, earnings per share grew 78.7% even though total sales fell (although revenue grew with each successive quarter since April 2009)
Products
AVX has three business units. Passive Components includes electrical components for automotive braking, cell phones, copiers, hearing aids, and locomotives. KED Resale sells Kyocera products including ceramic and tantalum capacitors. Connectors are used in the automotive and medical industries
Major customers of AVX include Motorola, Nokia and Robert Bosch GmbH.
Asia accounts for 45 percent of AVX sales.
Litigation
In 2007, Myrtle Beach property owners near the AVX plant filed suit, claiming trichloroethylene (TCE) used at the plant until the 1980s has polluted their neighborhood and lowered property values. Another lawsuit claimed the pollution had stopped a condominium development in the area. A consultant for one of the land owners, Horry Land Co., discovered the pollution in 2006 while doing environmental testing prior to development of a portion of the land. In 2009, AVX claimed Myrtle Beach Air Force Base caused at least part of the pollution, and the company added the air force to one of several lawsuits. A geologist for AVX claims the pollution could be cleaned up in five years and Horry Land is not entitled to compensation, while the consultant for Horry Land claims there is no way to tell how long cleanup will take, since AVX has been trying to clean up its own pollution for 28 years.
On February 22, 2010, federal judge Terry Wooten ruled that evidence in the Horry Land suit showed the plaintiffs were entitled to a trial. On February 23, 2011, the trial began in Florence, South Carolina. In May 2011, Wooten ruled that AVX caused the pollution, and county property records show that AVX purchased 21.5 acres of contaminated land for $4.6 million.
AVX appealed Wooten's 2011 decision on whether the air force should help with the cost of cleanup. S.C. DHEC stated in a March 13, 2012 letter that pollution in some areas came from AVX, but in one area another source was responsible. AVX argues that the government's expert, who said groundwater from the base flowed away from the polluted areas, was not qualified to testify about groundwater. The findings could influence an upcoming class-action lawsuit by property owners.
On Oct. 25, 2012, The Sun News reported that a panel of federal appeals court judges had indicated that they would not overturn a lower court's ruling, thereby granting the electronics components manufacturer a new trial on its groundwater contamination case. AVX claimed that U.S. District Court Judge Terry Wooten made a legal error in its 2011 trial by allowing an unqualified expert witness to testify.
On July 22, 2013, a jury was selected for the second of three lawsuits regarding pollution on land owned by JDS Development of Myrtle Beach LLC, which asked for damages and lost income from condominiums that were never built. AVX counters that the economic downturn caused the failure of the Southern Pines project, and blames the air force for part of the pollution. The suit was filed in 2008 and the trial was scheduled for 2012, but insufficient jurors led to a delay. The jury awarded $500,000 in actual damages and $250,000 in punitive damages to JDS, but AVX wanted that amount reduced to no more than $397,500, claiming JDS did not provide "expert testimony" to support its views, or evidence Southern Pines would have been a success.
On October 8, 2014, it was announced that AVX agreed to pay $1.2 million to the owners of 42 properties with TCE contamination. Property owners still needed to approve the settlement, which attorney Gene Connell called "reasonable." The agreement would mean the dismissal of a class-action suit filed nearly seven years earlier.
Documents filed August 5, 2015 show that property owners could sue AVX after a majority of the S.C. Supreme Court reversed a decision by Circuit Court Judge Benjamin Culbertson to dismiss their case. The ruling allows the determination of whether the facts of the case will result in a "stigma damages" policy.